Watch and get inspired with our on-demand video library including interviews, lot videos, documentaries, and staff picks. Use these videos to get better as you watch the best in the world do what they do.
Featured Film

A Day With The
Madison Scouts 2015

Gridbook follows the Madison Scouts percussion section for an entire rehearsal day on tour. Enjoy this behind the scenes look into their 2015 production entitled "78th & Madison".
All Genres 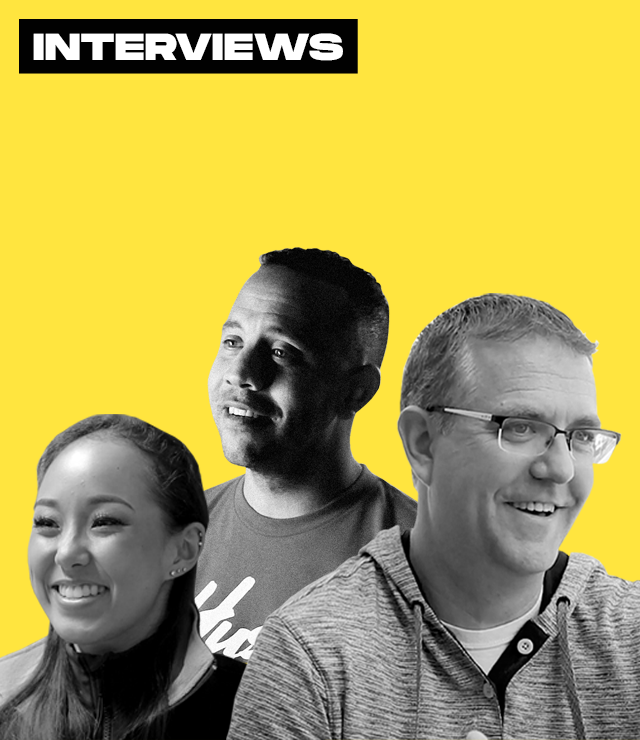 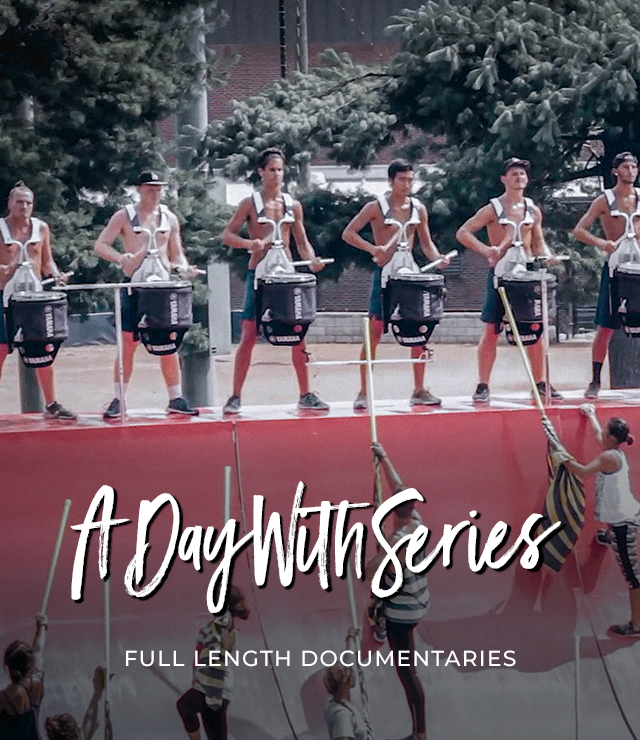 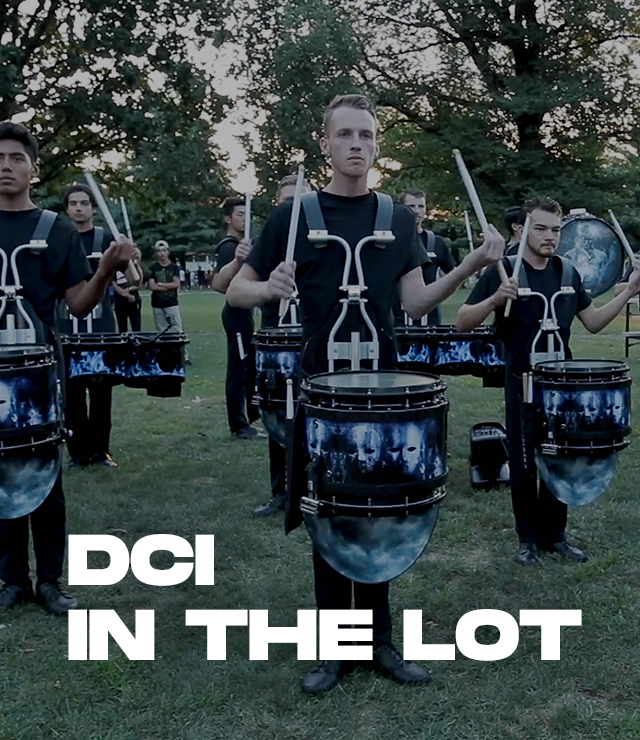 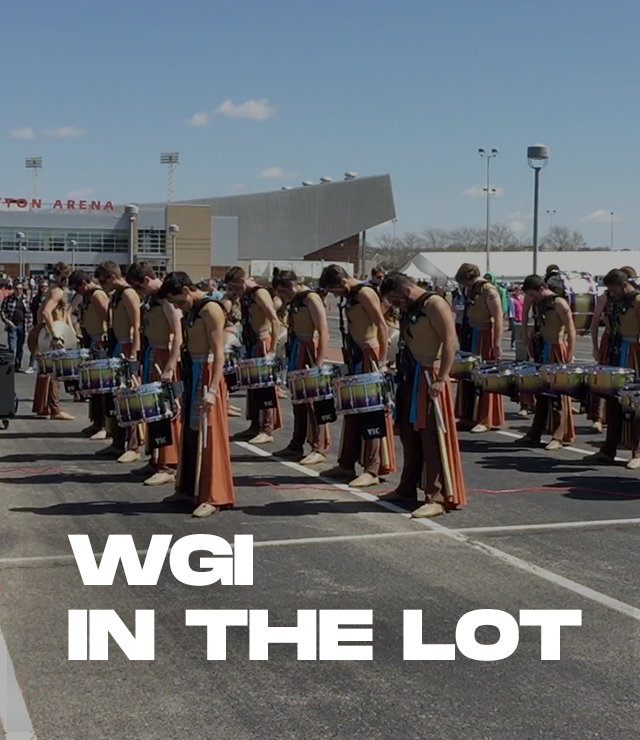 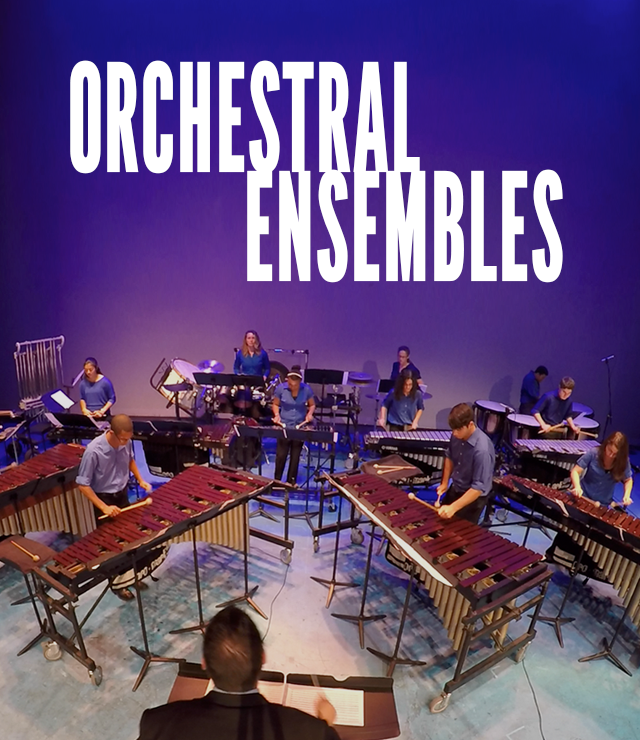 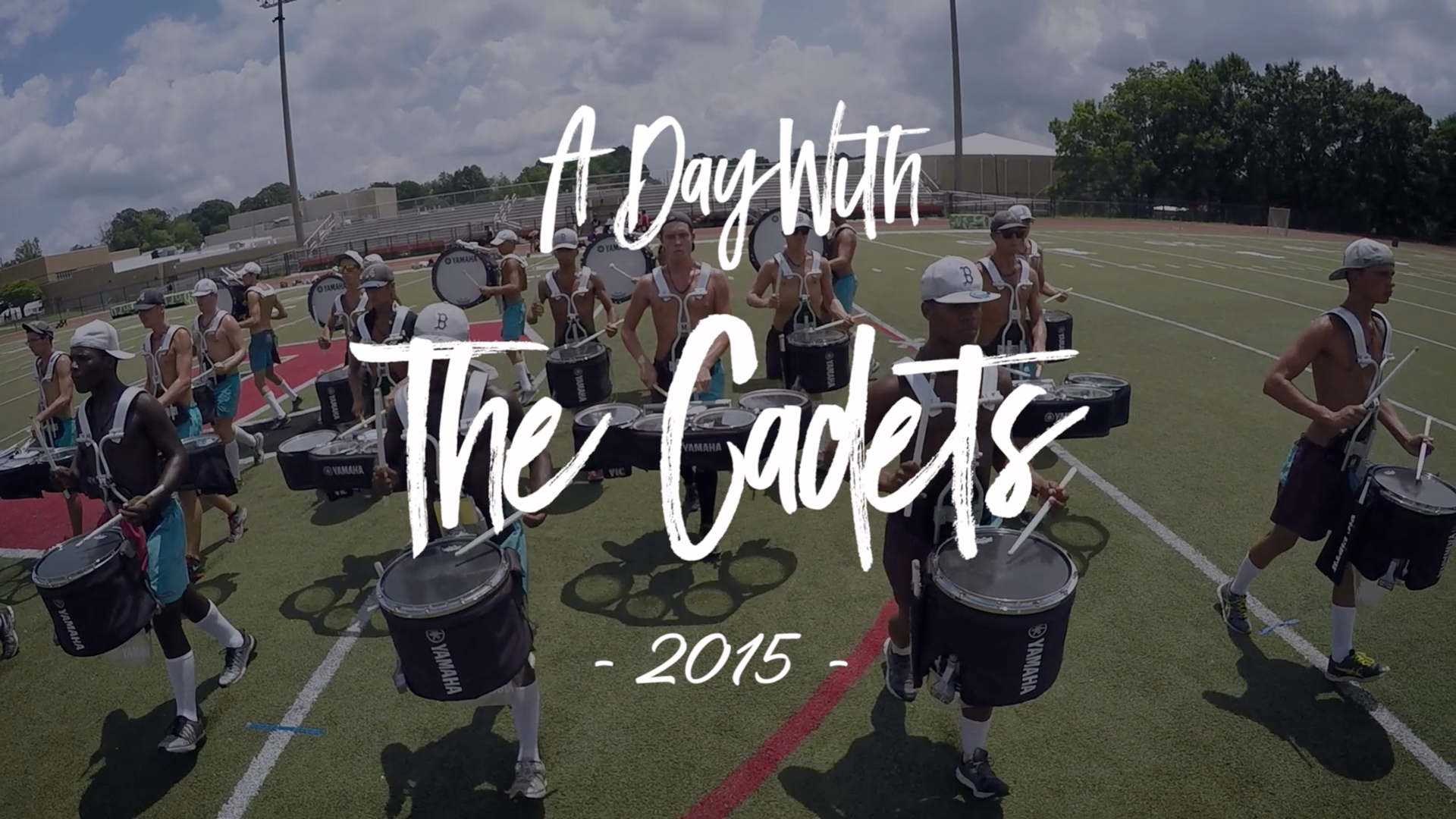 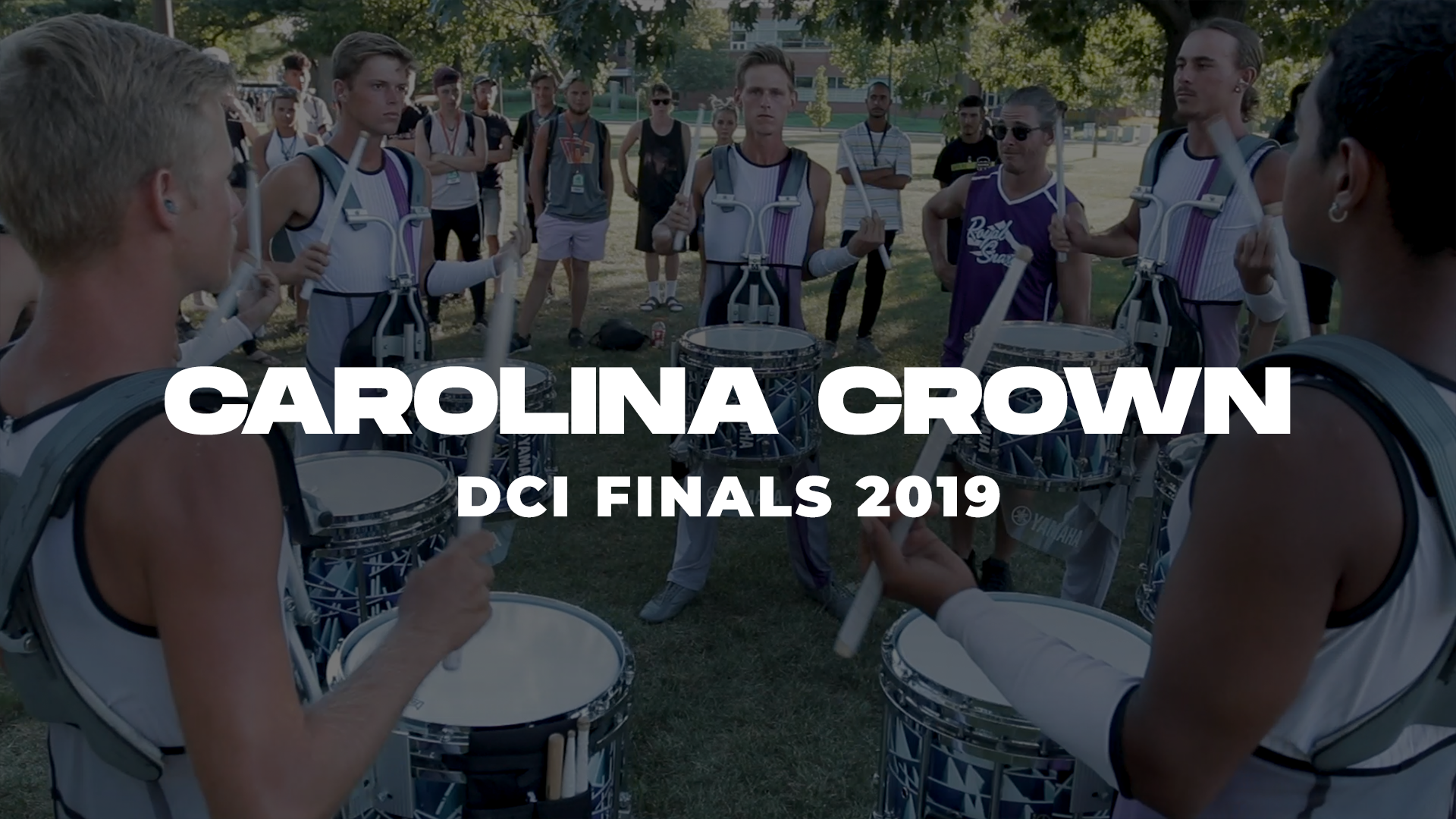 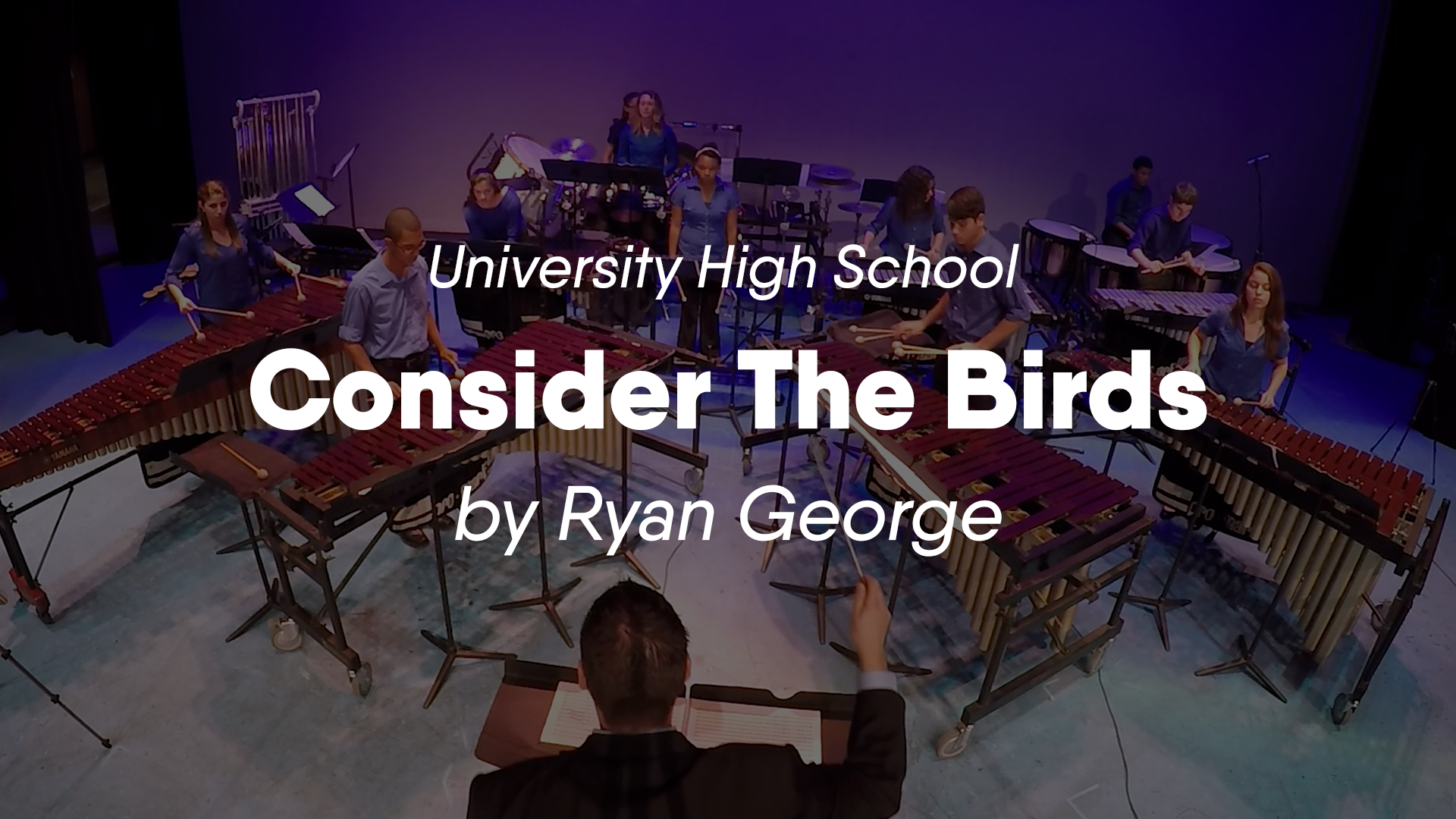 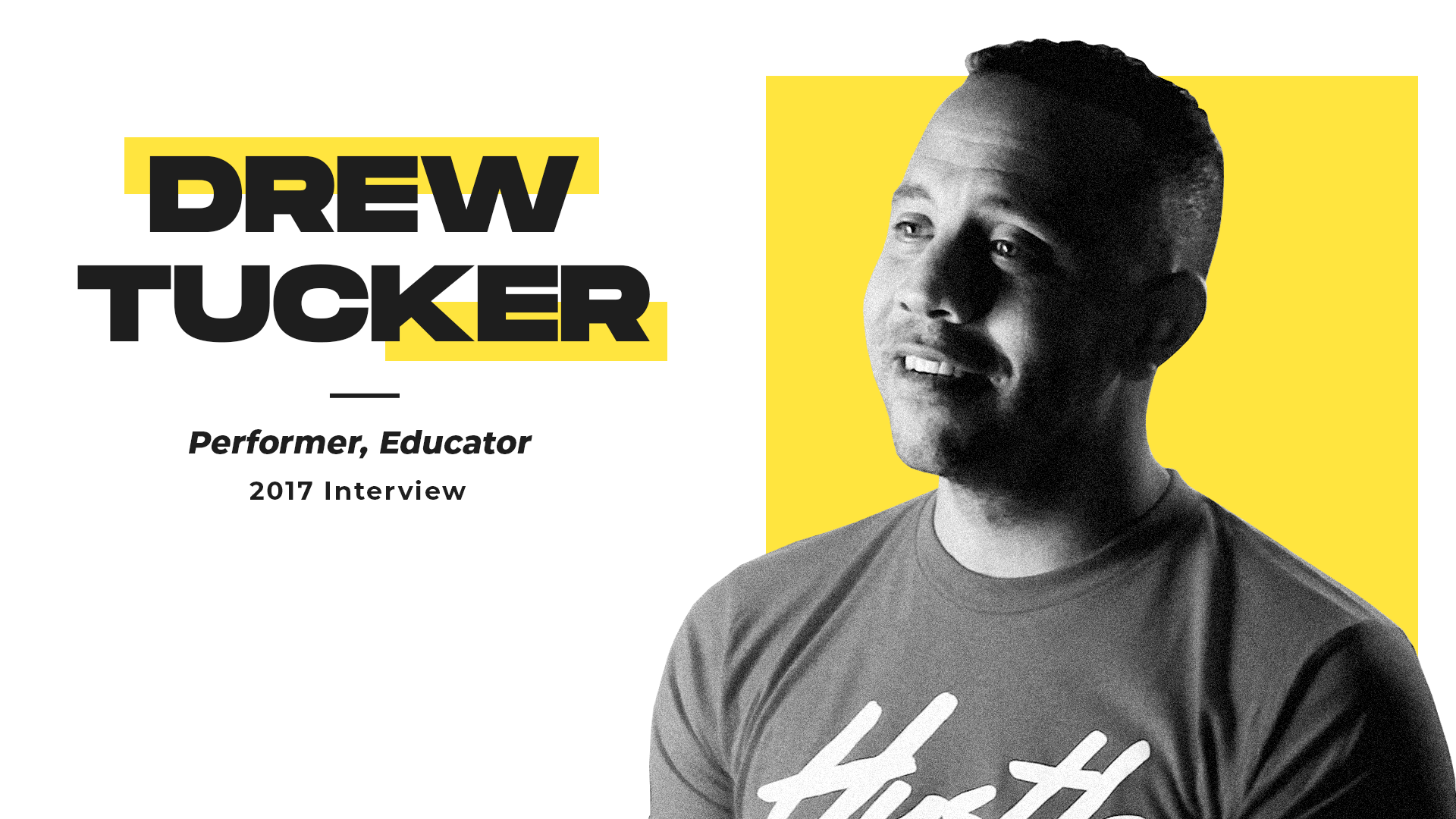 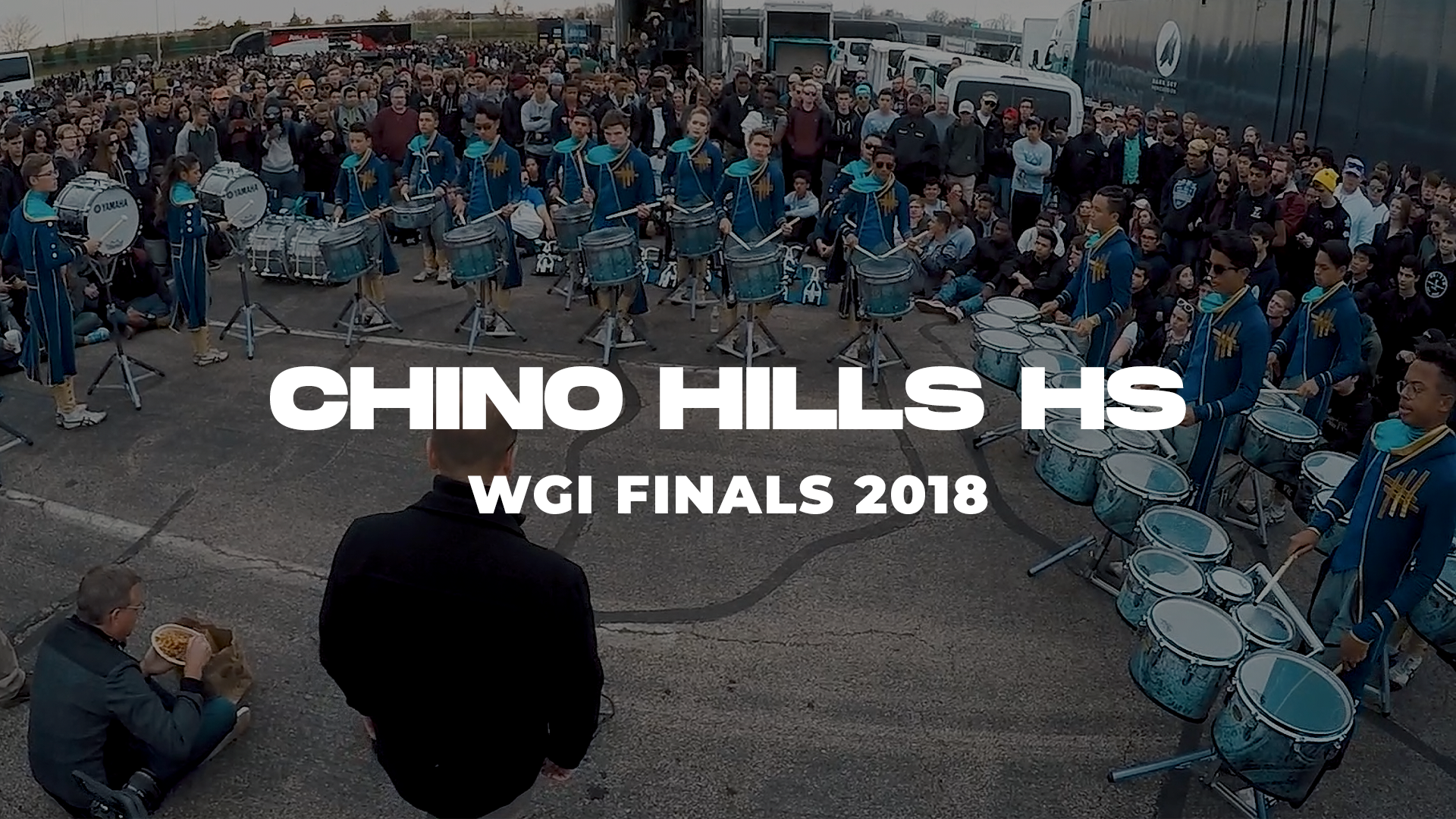 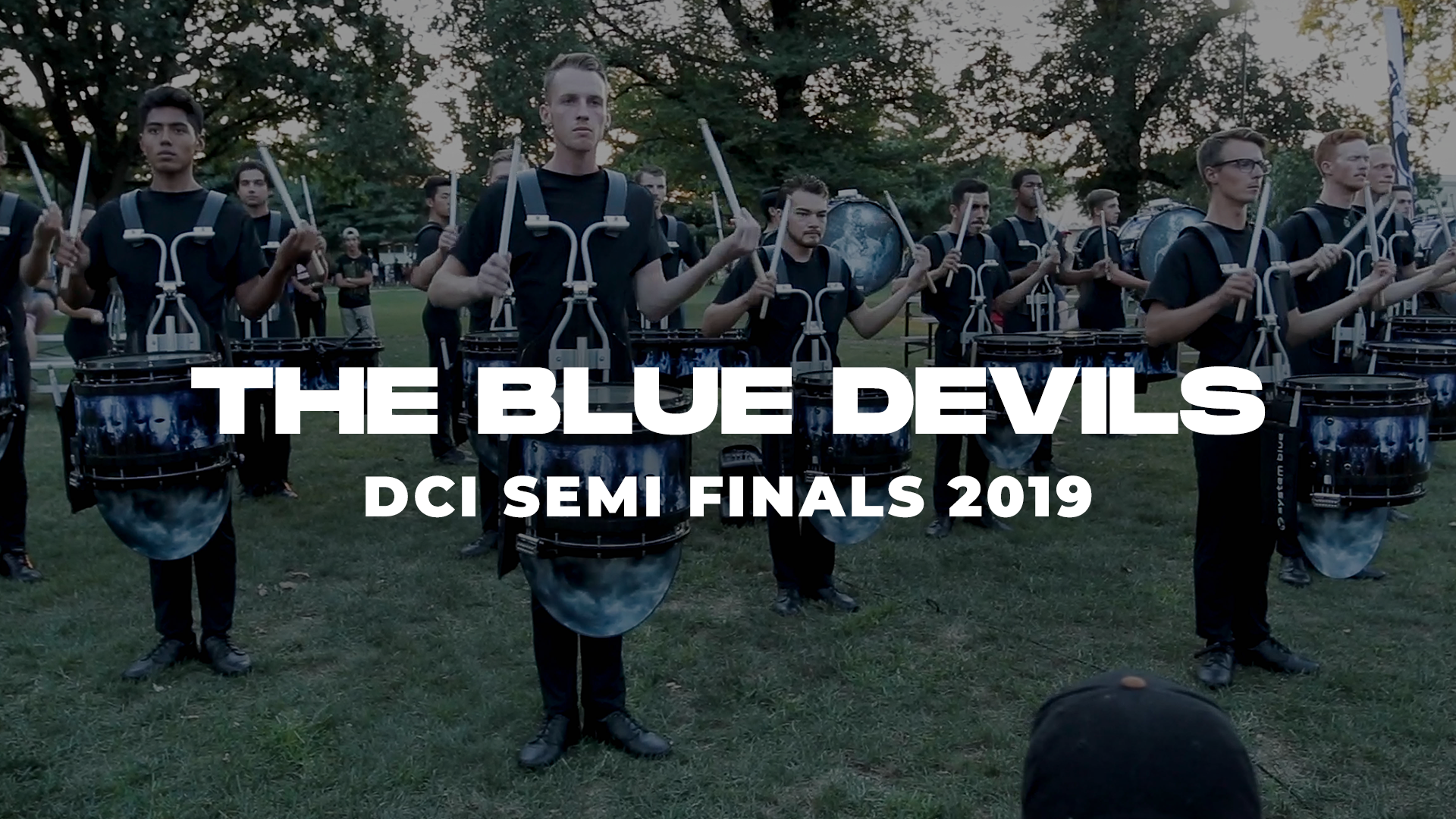 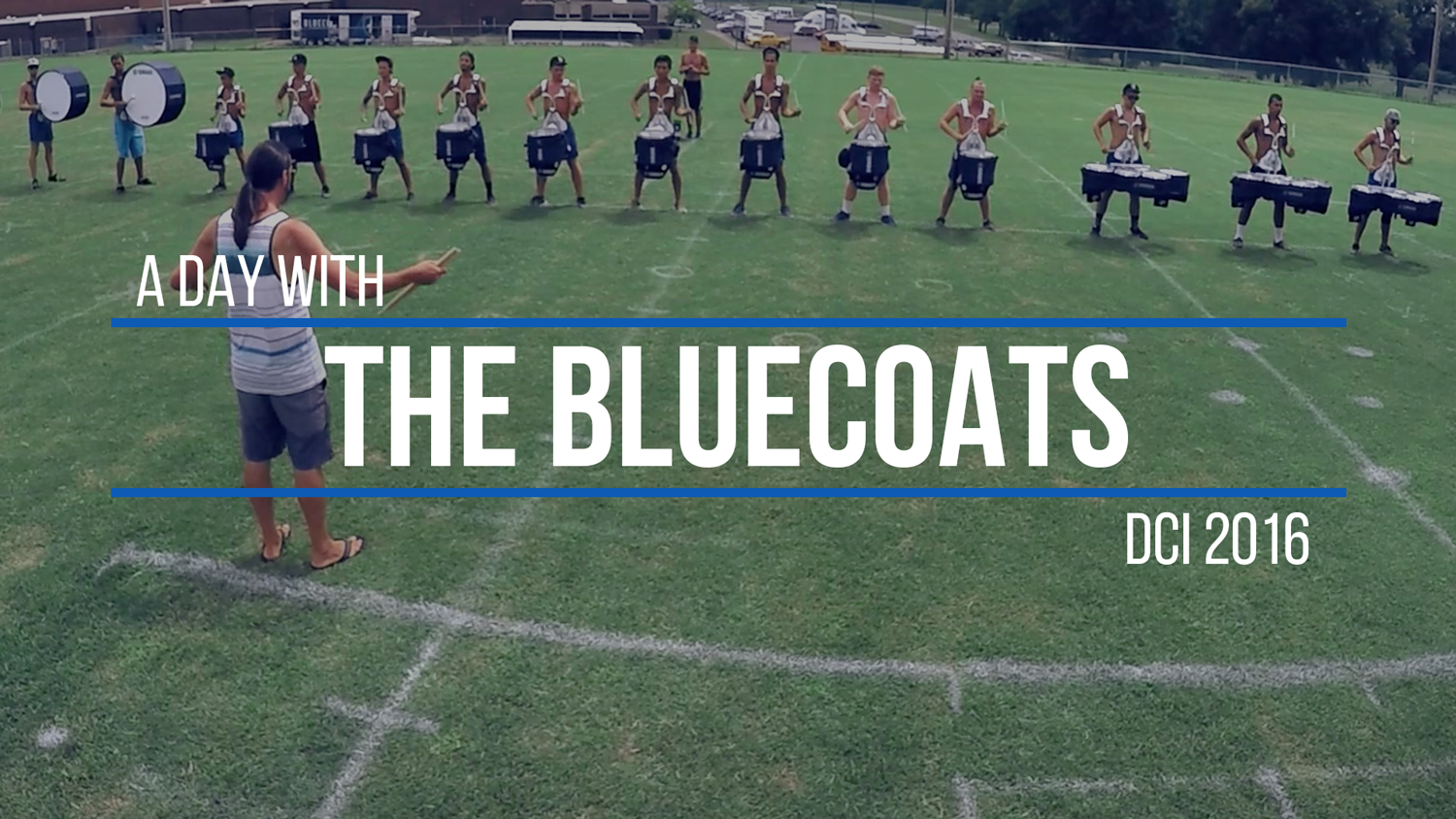 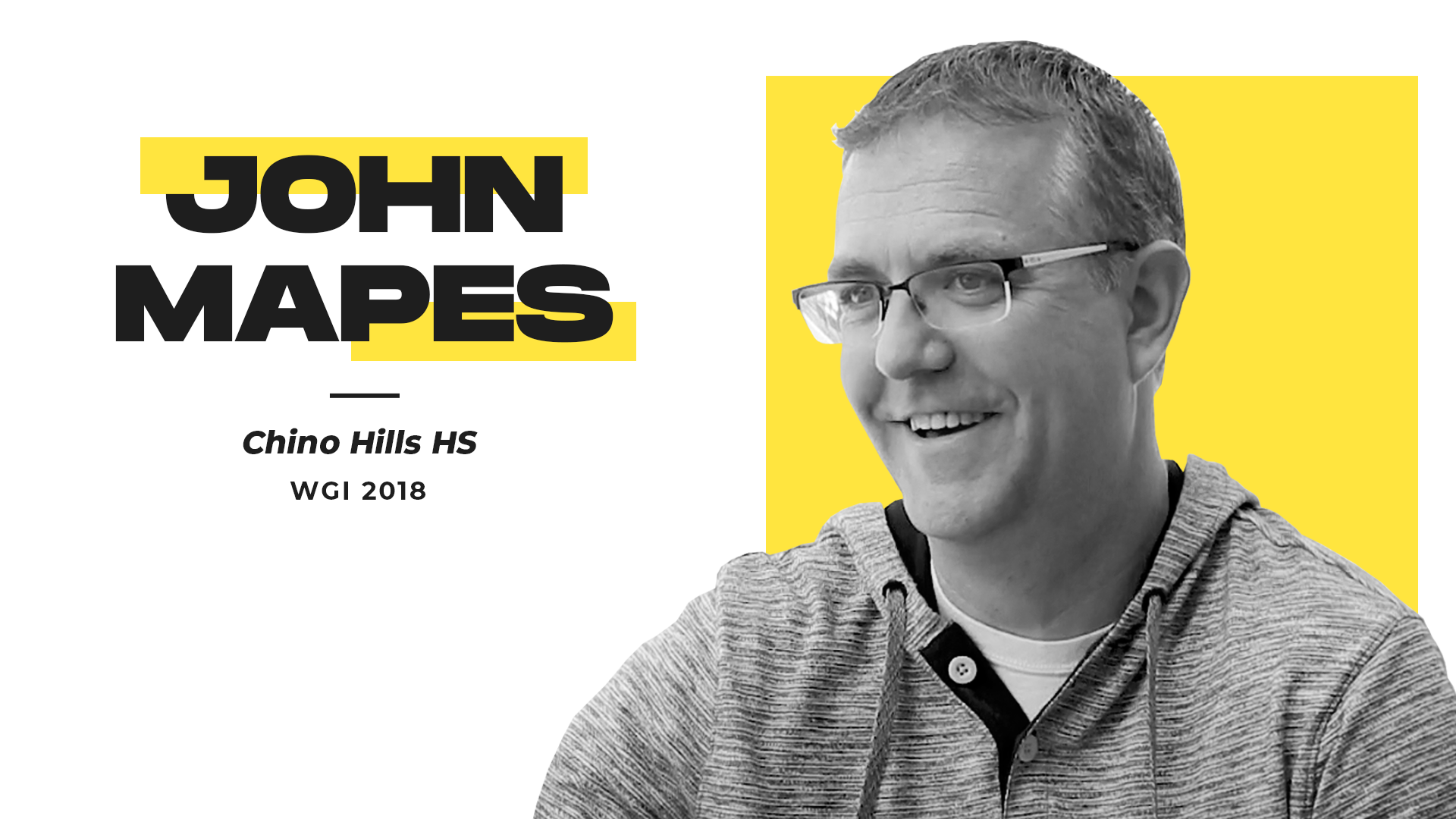 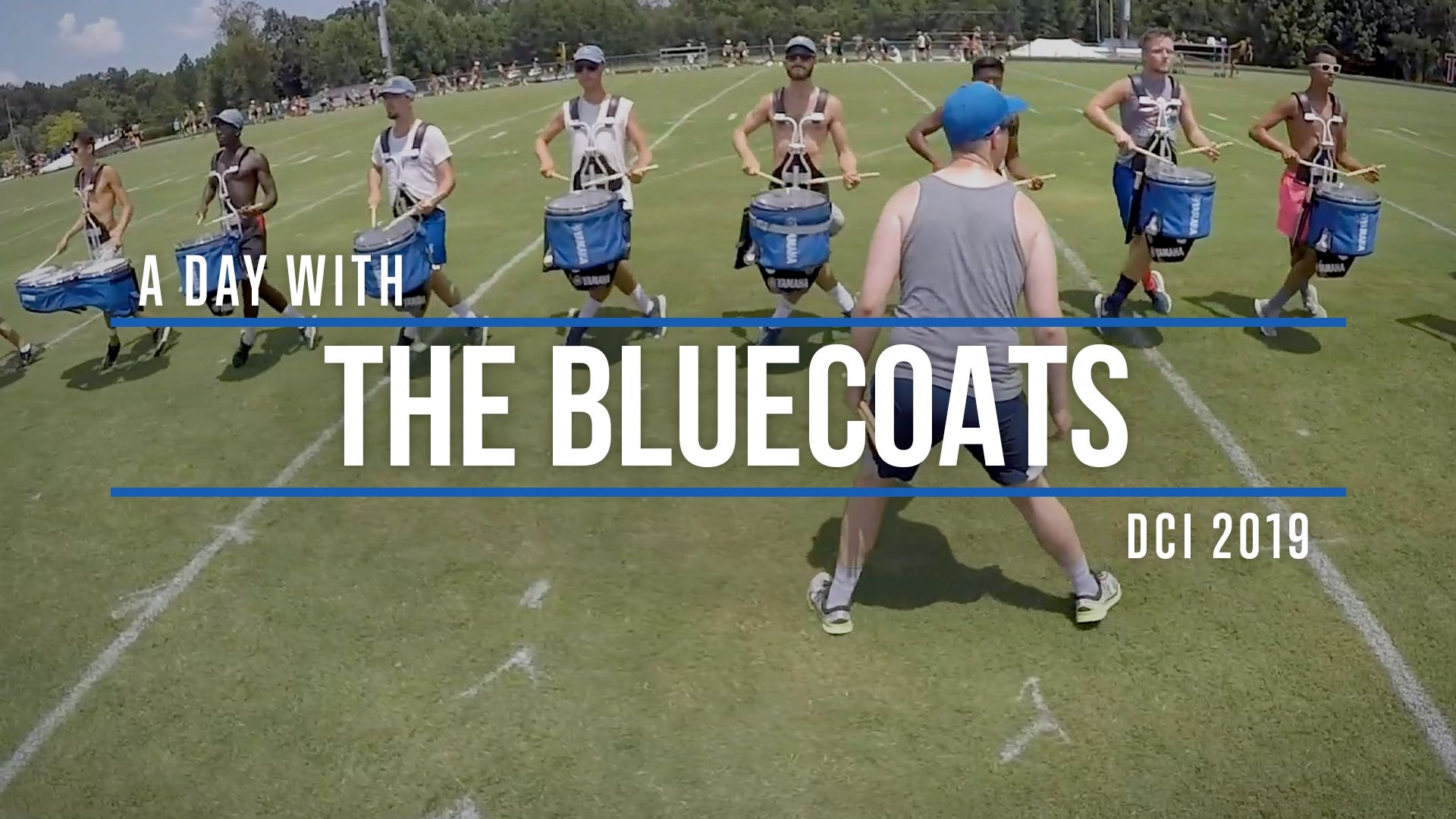 Watch To Get Better.

We record our videos with an educator's perspective. We plan our shots and record in a way that teaches you what is happening. Our goal is to make videos that are just as educational as they are entertaining.
Write your awesome label here.

Our "A Day With" documentaries show you what it's like to be a performer in the Marching Arts activity. If you're interested in marching DCI or WGI, these are great for research so you know what to expect.
Write your awesome label here.

Watch On The Go.

Access our entire video library from your phone or tablet.

Gridbook Watch is our on-demand video library. You can watch as much as you want, whenever you want without a single commercial – all included with your Gridbook Academy Membership.

How much does Gridbook Watch cost?

Gridbook Watch is included with a Gridbook Academy Membership. Enroll to gain access to our entire video library.

The Carolina Crown drumline came out swinging this year. After watching this video you will agree this was one of the best drumlines of the DCI 2019 season. Enjoy their full finals warm up with sub sectionals and full battery segments.
Duration: 27:35
Release Date: 2019
Rating: G
Genre: Drum Corps
Cast: Carolina Crown

Production:
Beneath The Surface

Gridbook follows The Bluecoats percussion section for a day on tour showing you a glimpse of what it takes to be a world champion. Including Sectional Blocks, Visual Blocks, Music Focused Rehearsal, Full Ensemble, and the In The Lot warm up before the show, this is a MUST SEE!
Duration: 01:31:24
Release Date: 2016
Rating: G
Genre: Drum Corps
Cast: Bluecoats

Gridbook follows The Cadets percussion section for a day from the first morning block to the final lot warm up before the show. Enjoy this behind the scenes look of the Cadets Percussion Section for their 2015 Production entitled "The Power of 10".
Duration: 58:24
Release Date: 2015
Rating: G
Genre: Drum Corps
Cast: The Cadets

Production:
The Power Of Ten

A Day With Madison Scouts 2015

Click here to learn more about the Madison Scouts.

Gridbook brings you IN THE LOT with Chino Hills HS during their WGI Finals Warm Up at the Dayton Arena. This video includes Drumline Warm Up, Sub Sectionals, and Full Ensemble before the show, this video is a MUST SEE! The process used by the educators and the maturity of the performers is nothing short of amazing. This is, hands down, the best high school marching arts ensemble in the world for WGI 2018. Bravo to all involved! Enjoy!
Duration: 37:45
Release Date: 2018
Rating: G
Genre: Winter Guard International
Cast: Chino Hills High School

Production:
Seek & You Shall Find

We sit down with John Mapes, Percussion Director and Arranger for the Chino Hills HS Percussion Ensemble, to chat about what it takes to run a successful ensemble. There are some gems in here, get ready to take notes!
Duration: 09:15
Release Date: 2018
Rating: G
Genre: Interview
Cast: John Mapes

Biogrpahy
John Mapes is a full-time percussion designer and educator based out of Southern California. He received his Bachelor of Arts in percussion from California State University Long Beach in the spring of 2000. Since 2005, he has earned an unprecedented 32 WGI medals, which includes 6 world class championships.

He has been the Percussion Director at Chino Hills HS since 2005 and was Director of Percussion at Pacifica HS from 2000-2011. He joined the design team at Pulse Percussion in 2008 and is currently the battery arranger, visual designer and program coordinator. In 2013, John joined the design team for the Blue Stars Drum & Bugle Corps as the battery arranger. Previously, he worked with the Blue Devil B Corps as the percussion arranger from 2007-2012 and was the Battery Arranger/ Percussion Caption Head for the Esperanza Drum and Bugle Corps in San Diego, CA from 2002-2006.

In this video, we sit down with Drew to talk about tips for auditions and how to be a better leader. This great talk is followed by an improv performance of the popular song "Roxanne" by The Police.
Duration: 17:55
Release Date: 2017
Rating: G
Genre: Interview
Cast: Drew Tucker

Biography:
Drew Tucker is a musician, educator, and social entrepreneur—a unique combination of talents that place him at the intersection of the arts and activism. Artistically, he’s at the forefront of the movement to reinvent the vibraphone—a dynamic instrument that he melds with soul, funk, jazz and hip-hop influences. He has shared the stage with Shaun Martin, Stefon Harris, Mani Hoffman, Jeff Coffin, Tom Hurst, Nebojsa Zivkovic, Norah Jones, Mark Ford to name a few. He has toured extensively solo & with his band ‘The New Standard and his jazz influenced twists on modern-day standards from Michael Jackson, to Prince and The Police, have earned him key endorsements from Innovative Percussion, Musser, Beetle Percussion, Lot Riot and Sabian Cymbals—and the esteemed title of “Cultural Ambassador”by the U.S. Department of State and the applause of sold-out audiences worldwide. The passion he brings to the stage is also present in his classroom.
As one of the founders of MalletLab, Drew brings in more than 50 students per year from around the globe to learn with 10 of the world’s top educators and performers in mallet percussion. He served as the percussion director at Boca Raton High School from 2004 –2018, was a Front Ensemble Consultant for the BlueStars in 2017 and the Blue Coats in 2018 and is one of the most sought-after educators in mallet education, which he led to him being a top front ensemble coach and one of the most coveted speakers in his field.
As a community activist, he’s driven to revitalize underserved areas through the creation of arts centers in underserved neighborhoods and was the key factor in the development of Arts Garage in Delray Beach, the Bailey & Ali Cultural Arts Center in Pompano Beach and Old School Square in Delray Beach. Through his leadership and musicianship, he strives to not only raise spirits, but set an example of excellence and open opportunities for students, families and communities to realize their potential.
Whether performing alongside Grammy winners as a world-class vibraphonist, coaching eager students, or leading and directing the growth of local arts institutions, Drew's passion for improving people’s lives through artistic endeavor is unwavering. Drew Currently tours solo and with his band ‘The New Standard,’ serves regularly as a guest clinician and speaker, serves as a Cultural Ambassador for the United States State Department, on the Mallet Percussion Committee for the Percussive Arts Society and is the Director of Percussion & Jazz at Kell High School in Marietta Georgia.
Write your awesome label here.
Write your awesome label here.

Write your awesome label here.
GRIDBOOK ACADEMY MEMBER DISCOUNT
Use coupon code "GPA10" at checkout for 10% OFF your entire order on shop.gridbookpercussion.com.